Twenty years ago first show I was twenty years old
Time flies, I don’t know where it goes
Pulled up bumpin J through the speakers of a hoppdie
Now it’s barricades and black SUVs
Time flies when you’re miserable
First album was a CD, now everything is digital
Can’t believe I lived through everything I’ve been through
House filled with black dudes, I slept in the living room
Late night studio, rapping in the basement
Missed out on my son as a kid didn’t raise him
Caught a few cases, got locked up in state pen
I remember Tamen was eight then
I was poor sleeping on the floor, it’s depressing
I knew I wanted more, I guess it was a blessing
Now I am writing album number four in the west wing
Did a bunch of tours I can afford the best things
I went from broke as a joke to rich as it gets
I went from deadbeat dad to raising my kid
I went from hell in a cell to be able to live
I went from poor to wealth and I hate this

Life long friends that will stab you in the back
There the first ones that will ask for some cash
I can’t even talk to my Dad without his hand out
I was least likely to succeed I’m the man now
Ten cars in the polebarn I don’t even drive
Four wheelers, dirt bikes I don’t even ride
I just sit in this chair, blank stare look outside
That’s a hell of a price to pay for this life
Matter fact you know I’ve been to hell and back twice
Angels stuck by my side that I should have made my wife
But I spend my time online looking at pictures
Of Instagram models, that;s my addiction
Fly ’em out, give ’em money, this ain’t free
Stay up all night, lose sleep
Get what I need, it’s a disease
You ain’t paying them to stay, you paying them to leave

All I see is unfamiliar faces
Did my song «Racism» thought I wouldn’t say it
On tour California called me racist
Boycotted shows tryin to keep me off stages
I just keep my middle finger in the air
I’m the reason that I’m here, are we clear?
You’re in the rearview, I can’t even hear you
Double what I did in year one and year two, so here’s to
Never being satisfied, always feeling sad inside
Tell me whose down to ride, feelin’ like a homicide
Always gonna speak my mind
At Least I tell the truth, tell me why you always lie

I’m done man, I’m not good with this sad rap
That’s just how I feel 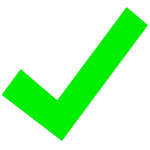 Adam Calhoun lyrics are property and copyright of their owners. "The Dollar" lyrics provided for educational purposes and personal use only.